Can Forests Help Predict the Severity of the Water Crisis?

Can Forests Help Predict the Severity of the Water Crisis? 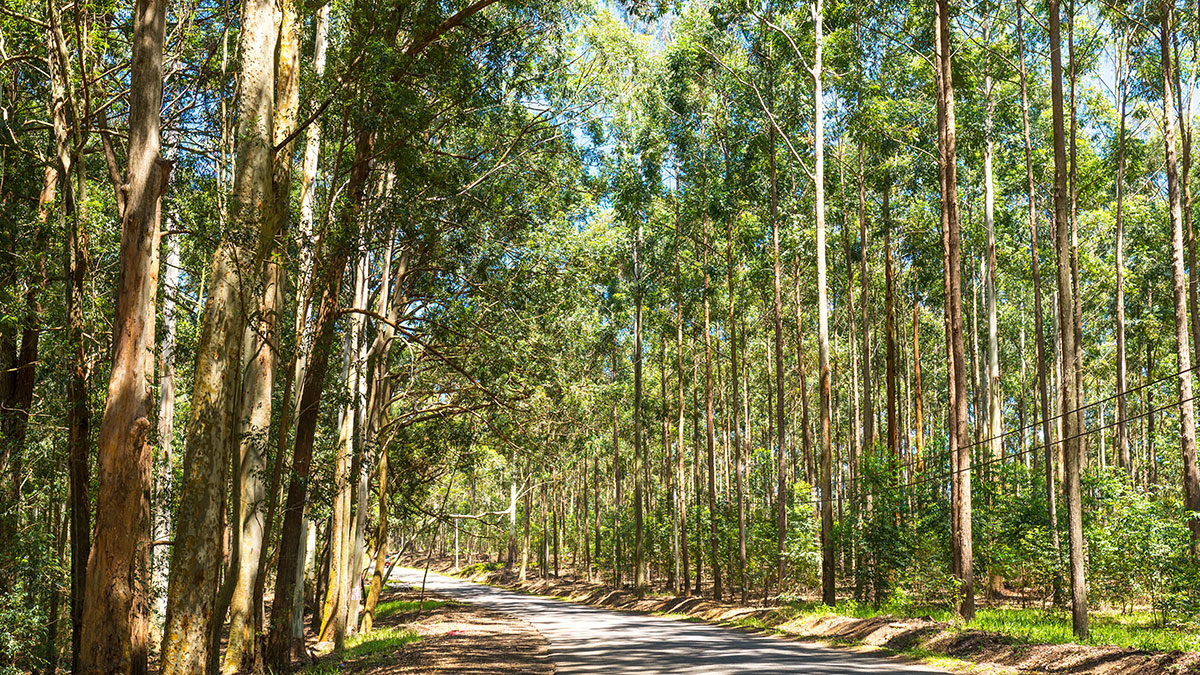 Water is eternally in high demand. People use it for agriculture, electronics, textiles, and basic human health, among many other things. Since the total volume of water available on the planet is limited, water scarcityis an all but inevitable consequence of not just people and industries competing for water, but plants needing this vital resource too.

Forests in particular place high demands on the global water supply: Three trillion treesare scattered throughout the planet. This number is over 400 times larger than the global human population, and neither lifeform can exist without access to the world’s natural freshwater supply. In theory, reducing the world’s tree population could reduce the competition that humans face for water, but this move would prove ecologically disastrous, as trees and forests are vital for keeping the environment healthy.

Why are forests important for our climate?

Forests aren’t just swaths of trees that humans can use to make paper and furniture. They’re the very lungs of this planet. Forests, given their massive tree populations, produce swaths of oxygen while absorbing carbon dioxide. This reduces the volume of greenhouse gases warming the planet. Often less discussed is that forests perpetuate the water cycle at levels large enough to sustain mammalian life – in other words, forests are both the lungs and the kidneysof the planet.

The Amazon rainforest is perhaps the most prominent example. When massive parts of the forest began burning in late summer 2018, environmentalists stressed how strongly the forest contributes to carbon filtration and air quality. Less frequently mentioned has been the amount of water the forest inherently generates, a volume that some have described as “a giant flowing river in the sky.” Without trees and forests to push the water cycle forward, the ever-worsening global water crisis could grow even more dire.

How forests and the water crisis intersect

Forests and the water crisis are inherently linked to one another. Deforestation reduces the number of trees competing with humanity for water access, but it also prevents forests from providing their vital contributions to the world’s sustainable water supply. The amount of water in the global supply lost to deforestation far outweighsthe volume of water that trees consume.

The waters of forests also provide a habitat for a major global food source: fish. As much as 90 percent of the human population lives in rural areas where the main food course, locally grown crops, is supplemented with fish from forests. As the global water crisis further accelerates, forests could entirely lose the water that these fish call home.

The balance between forests and the global water crisis can pose immense challenges to achieving a workable solution. Scientists, agricultural experts, and people who live in or near forests have devised solutions that increase the availability of forest water for not just people, but trees.

To address the relationship between forests’ vital water contributions and their high water demand, scientists have suggestedmeasures including afforestation (the planting of new trees), the use of seedlings instead of sprouts when planting trees, and growing only hardwood tree species. These approaches, particularly afforestation, can address regional water flow issues and stabilize the equilibrium between forests and the water cycle.

Additionally, people living in or near forests often develop solutions that, though specific to their region, can inspire other forest dwellers and concerned citizens. Forest dwellers in the Hindu Kush-Himalaya region, for example, have used water-sensitive land management techniques in recharge zones(where underwater aquifers first receive the water stored in them) to revitalize springsthat had previously run dry. In other regions, environmentalists have advocated for people indigenous to forests to continue living there, contrasting decades of scientific consensus that forests fare better when their human population is close to zero. Indigenous people have a noted track recordof properly maintaining the flow and condition of forests, thereby stabilizing water levels.

Forests are key to water conservation

Although forests and humanity will always compete for water access, the world’s ongoing deforestation will only exacerbate the global water crisis and give humanity less water to access. The key, then, is to find a water source that humans can tap into without taking water away from forests that desperately need it. These methods could take the form of fog catching, greywater reuse, or innovative, futuristic solutions such as TUAFI’s AWG water factories. Solutions that don’t depend on bodies of water or underground sources – as in, methods that generate water from sources trees can’t access – will prove key to stabilizing the forest-water cycle link.