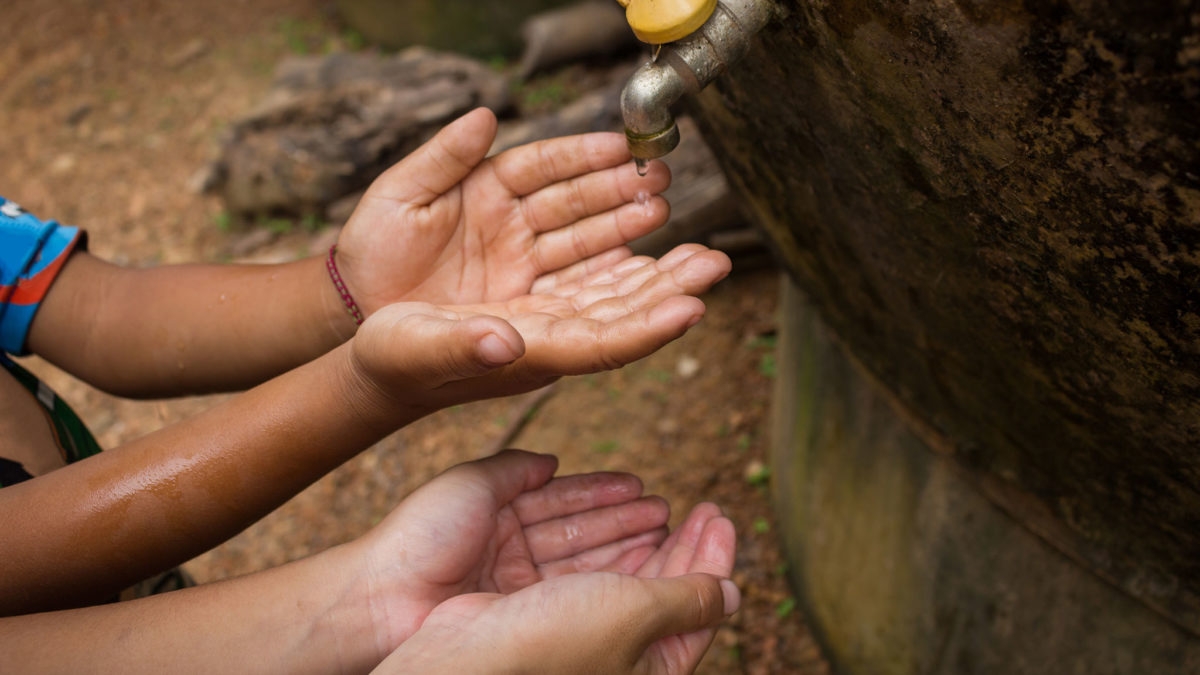 By some estimates, to adequately feed each person on earth requires 3,000 liters of water per day. In fact, agriculture outpaces every other use for water on the planet. This volume of water is nothing short of massive, as most people drink merely two to five liters of water per day. When water shortages occur, it’s not just drinking water that disappears – it’s food, too.

Crops comprise the two largest groups of the food pyramid. Since plants are made up of 90 percent water, they require more water intake than animals, including humans. Water shortages thus most strongly threaten crop growth, as dehydrated plants can struggle to reach maturity and bear enough to meet a very high demand.

Water shortages additionally imperil the irrigation systems that comprise the foundation of agriculture and the food supply. These systems divert water from rivers, lakes, streams, and other surface water sources to farms for agricultural use. Even farms that rely on rainfall instead of irrigation systems for their water can struggle during water shortages, as drought conditions both stem from and exacerbate rainwater shortages. As droughts get longer and worsen in many locations around the world, farmers may find themselves struggling to keep crops and livestock well-watered.

Livestock requires a good deal more water per day than humans. Dairy cattle, for example, require at least 15 gallons of water (roughly 57 liters) per day. Farms with large numbers of animals can thus experience especially strong limitations in the wake of a water shortage.

Additionally, if water is diverted from other sources when the usual source experiences a shortage, livestock may at first refuse to drink water from the new source due to differences in taste. This tendency can pose another hurdle to keeping livestock healthy in the wake of a water shortage, though certain water treatment processes may be able to conform to the “taste” familiar to livestock. Animals that refuse water may achieve proper hydration through certain foods with high water content, but it’s not enough. Plus, the effects of water shortages on crop production can also threaten the availability of these foods.

When freshwater sources dwindle in volume, fish are impacted first and foremost. Certain fish that have become cornerstones of diets around the world, including salmon and catfish, live in freshwater for at least part of their lives. Freshwater is very literally a habitat for the fish that appear on dinner plates all over the world, and it provides the oxygen needed for all their bodily processes.

Of course, many fish that humans eat spend their lives in saltwater, which humans can’t use. These fish could theoretically remain in high supply during a water crisis, especially because desalination has yet to prove a viable solution for water shortages. Other sources of food, though, are further imperiled as the global water crisis accelerates every day, freshwater fish included. Fortunately, alternative methods of freshwater production can combat water shortages and stabilize the food supply.

How TUAFI’s AWG factory can help farmers during water shortages

AWG (atmospheric water generation) converts the air’s naturally-occurring humidity into water. Since ambient moisture is present in all air, and air is among the world’s most abundant renewable resources, AWG has the potential to unlock a fourth water source from which humans could take without harming the environment or wildlife. Currently, AWG machines exist to do exactly this, but a solution is needed that produces a higher volume and quality of water without using fossil fuels. This solution would ensure that farmers have water to grow their crops and keep their animals healthy – and avoid taste differences that can cause livestock to refuse water – during droughts, dry seasons, and other water shortages.

That’s where TUAFI steps in. TUAFI has developed an AWG factory that addresses the flaws that keep AWG from being the ideal solution to water shortages. The system introduces streamlined and tightly-controlled production into the AWG process, minimizing or eliminating many of the issues which prevent AWGs from scaling up.

TUAFI has addressed issues related to reliability and availability by bringing humidity generation indoors. Instead of relying on the weather from day to day like AWGs currently do, temperature and humidity are maintained at levels that result in maximum water output. These conditions result in the generation of 10,000 liters of water per day. Farmers can know with confidence that the water they need to address a shortfall will be produced on schedule.

Farmers can be certain this water is clean enough for agricultural use, as AWG factories pass all water generated through multiple stages of advanced filters. In these factories, air is passed through bag filters that remove potential contaminants. The air is then moved to a condensation chamber where it is converted to water. The resulting water is filtered again and mineralized according to local and regional government guidelines before making its way to the bottling plant.

The same technologies that TUAFI uses for mineralization can also address the potential for livestock to not drink water diverted from other sources during a water shortage. AWG factories can theoretically match the mineral content of these sources to ensure that livestock are drinking water that tastes similar to the water they previously drank. Since TUAFI’s AWG factories can package water in fully biodegradable bottles that can be shipped anywhere in the world, these factories don’t need to be built near water shortage sites, meaning that farmers from all over the world can depend on AWG factories to nourish their plants and animals. One AWG factory can power all parts of the world in times of water shortages.

A damaged food supply can threaten the very fabric of society, and that’s why TUAFI is asking for people from all walks of life to help bring AWG factories into the world. Click here to learn more about how AWG factories can secure the food supply and find out how to help.