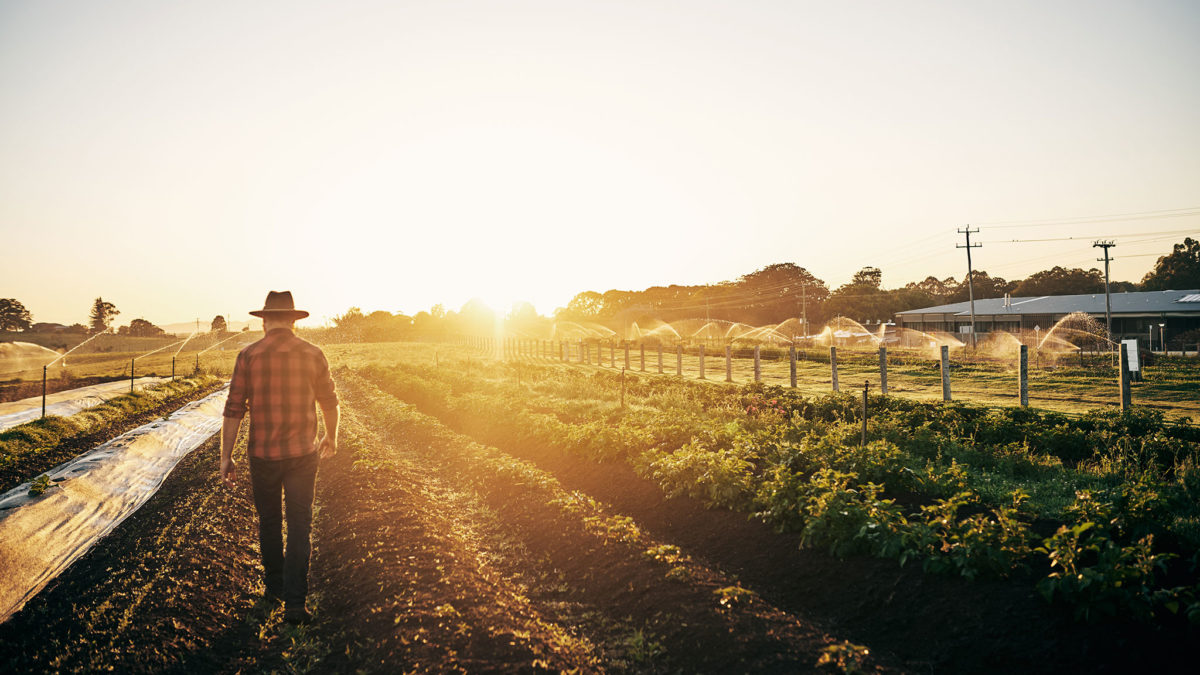 Globally, agriculture accounts for a whopping 70 percent of all freshwater use – industrial or otherwise – and for good reason. Water is the very foundation of life – without it, plants and animals alike die. No farm can sustain crops and livestock without ample water. Since only 2.5 percent of the earth’s water is freshwater, agriculture’s demands aren’t just massive – its demand completely dwarfs this deeply limited resource.

As it stands, humans are draining the world’s freshwater sources faster than the earth can naturally replenish them. Combined with the massive impacts of climate change, human dependency on the world’s limited amount of freshwater is exacerbating the global water crisis. As the crisis deepens, agricultural access to freshwater – and, therefore, global human access to food – decreases. However, a more recent freshwater source independent of the earth’s groundwater, surface water, and rainwater can ensure that agriculture remains undisturbed by the global water crisis.

How AWG can provide unlimited water for agriculture

Atmospheric water generation (AWG) is a water source that doesn’t depend on the planet’s natural water cycle. Instead of exploiting rainwater, surface water, or groundwater – all sources that the water cycle replenishes – AWG pulls moisture from the air. Since air is neither in short supply nor lacking for water content, AWG provides a solution that can withstand the stresses of the global water crisis.

AWG converts the ambient humidity of air into water. Since water vapor comprises a significant portion of air, cooling this air below certain temperatures will cause water to saturate out of it, all without tapping into the minimal amount of freshwater available for human use. AWG thus offers significant potential for providing farmers with an additional water source that does not strain current supply or depend on rain. However, many current AWG machines require improvements before the agricultural industry could feasibly use them and reliably depend on it as a steady supply.

How to scale and improve AWG for agricultural use

Although AWG offers water access independent of the three main water sources, it currently does so at volumes not quite large enough for widespread agricultural use. Most AWG machines, many of which are designed for in-home use, can only generate on the order of 10 or 100 liters of water per day. To effectively act as an agricultural water source, an AWG device would need to generate water at a much higher order of magnitude. Furthermore, they are dependent on specific environmental markers, including the temperature and percentage of humidity in the air.

Additionally, current AWG machines don’t filter the water they generate. Since air is polluted to unhealthy levels in many parts of the world, contaminants in the air could easily make their way into AWG-made agricultural water. These contaminants could pose damage to plants and harm to livestock.

The good news is that scale and filtration are obstacles that modern technology can easily address. TUAFI has figured out how to operate AWG on a scale that would benefit farmers, with state-of-the-art filtration systems that purify the generated water.

TUAFI has developed a method for executing AWG in controlled factory settings. These factories can control temperature and humidity levels to maximize water output, filter all contaminants out of the air used and water generated, and package the water generated for distribution to any communities in need. They also pose no carbon footprint, as they’re entirely solar-powered.

In TUAFI’s AWG factories, humidity and temperature are maintained at levels that achieve maximum water output, so quantities can be relied upon at any time of year, no matter the weather. Additionally, some of the water generated is diverted to a built-in reservoir that can be drawn upon during times of lower output. This reservoir can be counted upon in times of higher demand as an additional water source that increases the final volume of clean water distributed.

When TUAFI’s AWG factories take in air from the outside world, they pass this air through bag filters that remove a high number of atmospheric pollutants. The water generated from this air is passed through another series of state-of-the-art filters before being treated with government-mandated minerals. Finally, the 10,000 liters of water that each factory generates daily are packaged into fully biodegradable water bottles that can be shipped to any farmers who need them.

TUAFI’s vision for a water-wise future requires radical innovation. It also requires contributions from ordinary citizens, because all life on earth is impacted by agriculture and the global water crisis. Click here to learn more about TUAFI’s AWG factories and how you can help bring them to life.