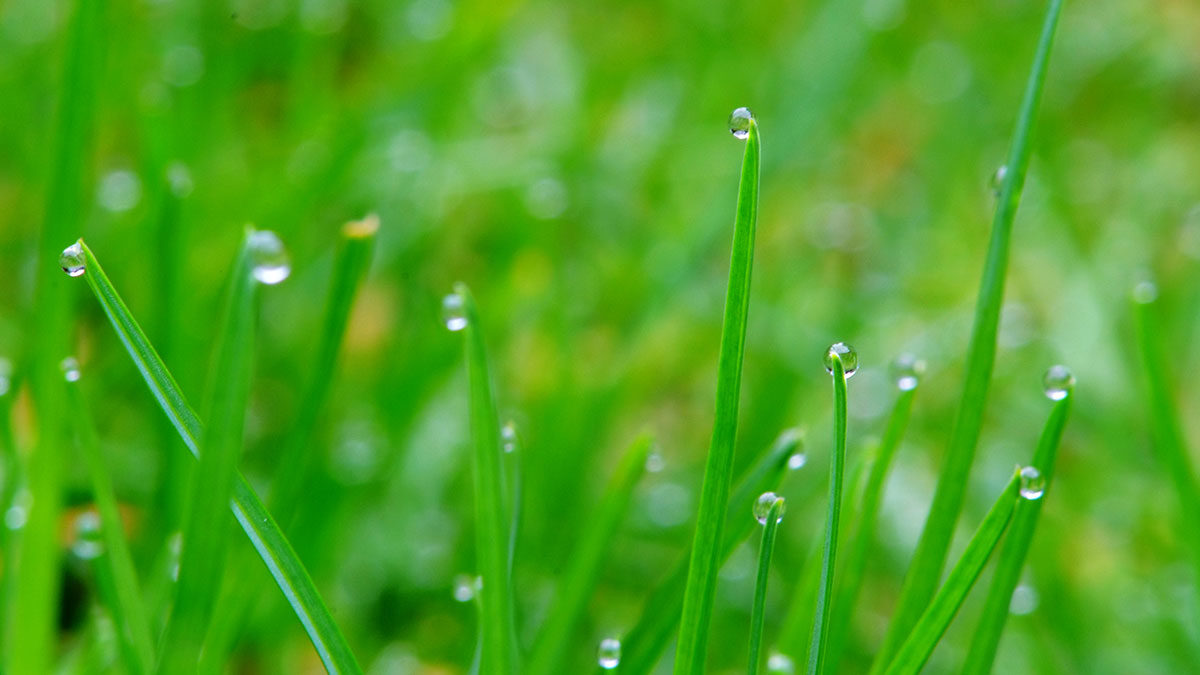 On a cool fall morning, you might notice that the grass on your lawn is wet even though you see no signs of overnight rain. This wetness doesn’t come from rainfall, but instead from dew, which is water that condensates when fully-saturated air cools. This state change occurs at a temperature called the dew point, a measurement that forms the basis of atmospheric water generation (AWG).

What is the dew point?

At its dew point,air contains as much moisture as it can at that temperature. Since most gases decrease in volume as their temperature decreases, cooling air below its dew point leaves no space for water vapor to occupy, which means that the water will condense as dew. Since the dew point reflects the water content of air, some people have argued that it is a more useful metricfor understanding how humid the air is than the far more commonly used relative humidity (especially because the dew point is only dependent on the amount of moisture in the air).

What is relative humidity?

To fully understand the dew point, it’s important to know what relative humiditysignifies. This term has no unit, unlike the dew point, which is measured in degrees. It is instead a measure of how much water the air contains compared to the maximum amount of water it could contain at the temperature in question. For example, if the air contains 30 grams of water per cubic meter of air but could at most contain 75 g/m3, the relative humidity is 40 percent.

At the dew point, this air would contain 75 g/m3, so further decreasing the temperature would result in condensation. In AWG machines, this cooling occurs constantly.

All the action in an AWG machine takes place at the dew point. Consider how an AWG machine produces water: It first takes air in from the outside world, and it ultimately produces drinkable water from that air. Without bringing the air temperature down to the dew point, this state change would not occur.

Many AWG machines include an evaporator surface constantly kept at a temperature below the dew point. When the air contacts this evaporator, dew forms and drips into a collector, after which it flows into water collection baths. Dew point, like humidity itself, can be controlled, giving the engineers behind AWG machines full power to maximize water output – and since a higher dew point symbolizes a higher absolute humidity, this control is vital to AWG machine productivity.

How TUAFI controls dew point in its AWG factories

At higher dew points, the relative humidity is higher. And at higher temperatures, less work is required to cool air to a point below which condensation will occur. TUAFI has developed AWG factories that allow ultimate control over dew point values, thereby driving maximum water output.

Once this filtered air reaches the condensation chamber, it encounters temperature and humidity conditions that force the air to its dew point, resulting in quick, maximized water output. Whether the air taken in is of low or, ideally, high relative humidity, TUAFI’s temperature controls react to establish a dew point that encourages high AWG factory productivity. With dew point control this strong, as many as 10,000 liters of water can be generated in these AWG factories every day.

With its AWG factories, TUAFI presents an unprecedented solution to the global water crisis. Innovations this bold require contributions from global citizens the world over, so TUAFI is calling for people from all walks of life to contribute to battling a crisis that affects all life on Earth. Click hereto learn about AWG factories and how you can play a part in their construction.