The Running Timer on Water

The Running Timer on Water 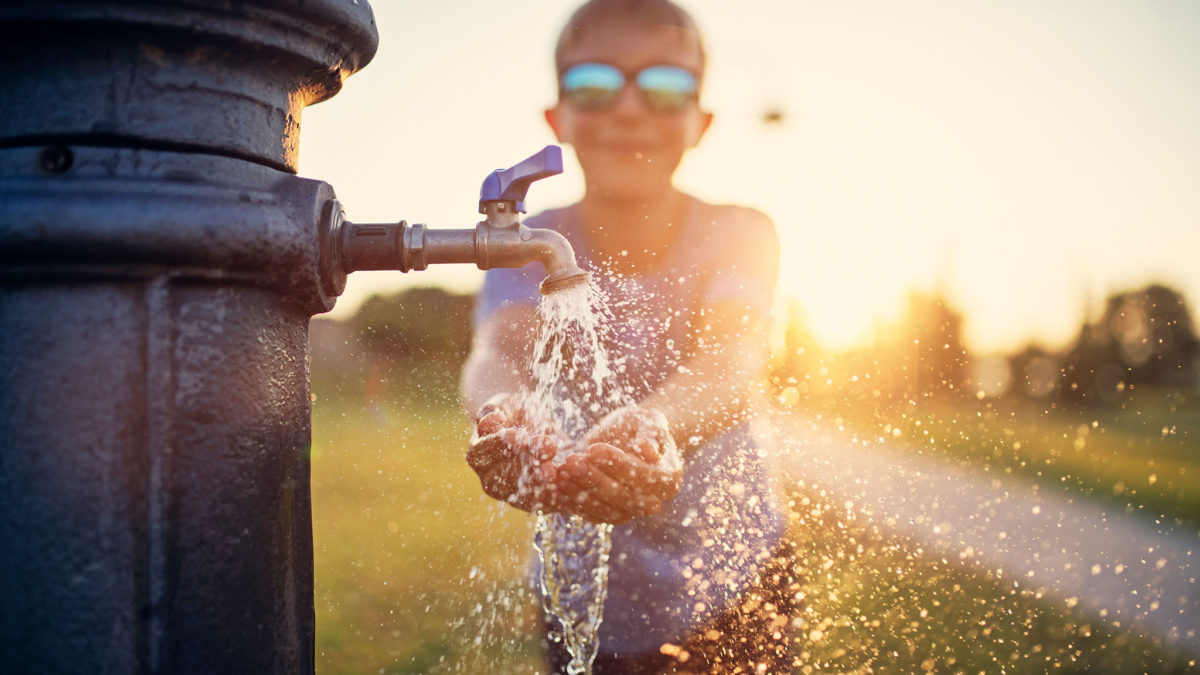 The global water crisis, unfortunately, is only getting worse. Climate change and population growth are all but certain to exacerbate the chronic water scarcity faced by 1.2 billion people around the world year-round. As water resources dwindle and populations grow, a terrifying question becomes inevitable: Can the world run out of water?

Although the idea of a planet made of 71 percent water running out of this life-affirming substance may seem far-fetched, it’s not impossible. People can’t drink the saltwater found in the world’s oceans, and desalinating this water has long been seen as far too expensive a process to effectively combat the global water crisis. In fact, people can only use one percent of the earth’s water supply for drinking, not to mention economic and agricultural processes.

With the global water crisis accelerating every day, it’s not all that difficult to envision a world where there simply isn’t enough to go around. Here’s how that could happen.

As global temperatures increase, drought becomes more prevalent across the world, and global water supplies suffer for it. In the Eastern Mediterranean, for example, drought levels are at their highest in centuries, and with these highs come changes in regulation and quality of life.

For much of the 21st century, Los Angeles has also experienced the effects of drought firsthand. The city, though not built in a desert as popular myths claim, experienced its first-drought free conditions in nearly a decade just earlier this year. The extreme lack of water in the city’s reservoirs and lakes resulted in strict regulations about water use for car washing, lawn maintenance, and even at restaurants, where water could only be served upon request. In the even harsher droughts that climate change might bring, there might not be any water left to meet such requests.

As sea levels rise, freshwater sources can dwindle. Although many envision sea level rise as a threat to solely coastal cities, as ocean water makes its way onto land, it infiltrates groundwater, which is a key source of that one percent of the world’s water that humans can actually use. Such effects will be felt far beyond the world’s coasts, as the systems that deliver water to homes around the world depend on the earth’s extensive groundwater networks. Without adequate non-saline water to meet human needs, running out of water will be less a nightmare and more a horrifying reality.

Although climate change may be the most potentially-catastrophic result of human activity, pollution is no small threat to the global water supply. Pollution, whether from oil spills or fertilizer runoff, adversely affects freshwater sources and underground aquifers. As aquifers are damaged, the water inside them can increase in salinity, potentially leading to a complete global lack of freshwater supplies.

In the South African capital of Cape Town, government officials managed to narrowly avoid a citywide water crisis. In late 2017, officials began to see signs of a complete and total lack of water in the near future. They addressed this potential crisis by improving upon existent, but thoroughly lacking, programs to better distribute water among the city’s economic classes. By establishing regulations for rationing water and reusing water from washing machines and showers, not to mention building an entirely new desalination facility, the city just barely escaped a metropolitan water crisis.

How AWG factories can avert the next Cape Town

With the rate at which the global water crisis is progressing, Cape Town is almost certainly not going to be the final example of millions of people potentially losing their water access. That’s why, at TUAFI, we’ve developed a vision for widespread atmospheric water generation (AWG) use that can counter the global water crisis effectively by turning air into water.

As the world’s water supply dwindles, the amount of air on Earth will remain unaffected. Our AWG factories will thus use an infinitely-renewable resource to stimulate the AWG process in controlled, ideal temperature and humidity conditions and produce tens of thousands of liters of water every day, no matter the time of year. These factories can be built in many locations around the world, and the water generated there can be packaged in biodegradable water bottles for distributing to the nearby communities most desperately in need. Our factories can ensure that water is always available anywhere on Earth.

Our dream for AWG factories is unparalleled and innovative, and that’s why we’re asking for the help of everyday people in turning our vision into a reality. View our AWG factory project on Fundable by clicking this link.